Many times we think that Trading or Investing in Stock (Share) Market is a very new source of Investment. But actually Stock Market History is very fascinating to the mankind.

Stock is a name used to symbolize an investor’s ownership in a company. Stock and Shares are commonly referred as a same term. Those who own stock are commonly called stockholders or shareholders.

As a shareholder, an investor theoretically owns a percentage part of everything the company owns. The company’s profitability, or lack thereof, determines whether its stock is traded at a higher or lower price. While trading of debt and commodities has its origins in the Middle Ages, the modern concept of a stock market began in the late 16th century.

In this article we are going to know about Stock Market History.

Stock markets were started when countries in the New World began trading with each other. While many pioneer merchants wanted to start huge businesses, this required substantial amounts of capital that no single merchant could raise alone. As a result, groups of investors pooled their savings and became business partners and co-owners with individual shares in their businesses to form joint-stock companies.

Originated by the Dutch, joint-stock companies became a viable business model for many struggling businesses. In 1602, the Dutch East India Co. issued the first paper shares. This exchangeable medium allowed shareholders to conveniently buy, sell and trade their stock with other shareholders and investors.

The idea was so successful that the selling of shares spread to other maritime powers such as Portugal, Spain, France and India. Eventually, the practice found its way to England. Trade with the New World was big business so trading ventures were initiated.

Other industries during the Industrial Revolution began using the idea as a way to generate start up capital. This influx of capital allowed for the discovery and development of the New World and for the growth of modern industrialized manufacturing.

History of the Stock Market

The market existed primarily for the exchange of commodities. In 1602, the States General of the Netherlands granted the VOC a 21-year charter over all Dutch trade in Asia and quasi-governmental powers. The monopolistic terms of the charter effectively granted the VOC complete authority over trade defenses, war armaments, and political endeavors in Asia.

The first multi-national corporation with significant resource interests was thereby established. In addition, the high level of risk associated with trade in Asia gave the VOC its private ownership structure. Following in the footsteps of the English East India Company, stock in the corporation was sold to a large pool of interested investors, who in turn received a guarantee of some future share of profits.

Later, As the volume of shares increased, the need for an organized marketplace to exchange these shares became necessary. As a result, stock traders decided to meet at a London coffeehouse, which they used as a marketplace. Eventually, they took over the coffeehouse and, in 1773, changed its name to the “stock exchange.” Thus, the first exchange, the London Stock Exchange, was founded. The idea made its way to the American colonies with an exchange started in Philadelphia in 1790. 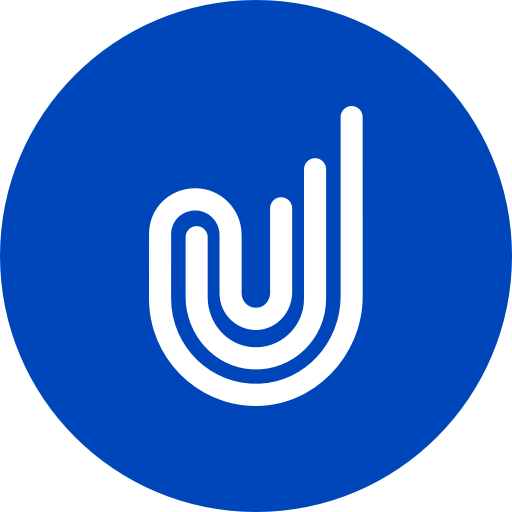 Do not click here unless you want commission free investing

To most people, the name Wall Street is synonymous with stock exchange. The market on Wall Street opened 17 May 1792, on the corner of Wall Street and Broadway. Twenty-four supply brokers signed the Buttonwood Agreement outside 68 Wall St. in New York, underneath a buttonwood tree. On 8 March 1817, the group renamed itself the New York Stock and Exchange Board and moved off the street into 40 Wall St. The organization that would define the world’s economic future was born.

They both are high in Technology, Volume and Listed Companies too.

The Bombay stock exchange was founded by Premchand Roychand, an influential businessmen in 19th-century Bombay. He made a fortune in the stockbroking business and came to be known as the Cotton King, the Bullion King or just the Big Bull. He was also the founder of the Native Share and Stock Brokers Association, an institution that is now known as the BSE.

While BSE Ltd is now synonymous with Dalal Street, it was not always so. The first venue of the earliest stock broker meetings in the 1850s was in rather natural environs—under banyan trees—in front of the Town Hall, where Horniman Circle is now situated.

A decade later, the brokers moved their venue to another set of foliage, this time under banyan trees at the junction of Meadows Street and what is now called Mahatma Gandhi Road. As the number of brokers increased, they had to shift from place to place, but they always overflowed to the streets. At last, in 1874, the brokers found a permanent place, and one that they could, quite literally, call their own. The new place was, aptly, called Dalal Street (Brokers’ Street).

The Bombay Stock Exchange is the oldest stock exchange in Asia.[8] Its history dates back to 1855, when 22 stockbrokers[9] would gather under banyan trees in front of Mumbai’s Town Hall. The location of these meetings changed many times to accommodate an increasing number of brokers. The group eventually moved to Dalal Street in 1874 and became an official organization known as “The Native Share & Stock Brokers Association” in 1875.

On August 31, 1957, the BSE became the first stock exchange to be recognized by the Indian Government under the Securities Contracts Regulation Act. In 1980, the exchange moved to the Phiroze Jeejeebhoy Towers at Dalal Street, Fort area.

BSE is not only first in India but also in Asia continent. In 1986, it developed the S&P BSE SENSEX index, giving the BSE a means to measure the overall performance of the exchange. In 2000, the BSE used this index to open its derivatives market, trading S&P BSE SENSEX futures contracts. The development of S&P BSE SENSEX options along with equity derivatives followed in 2001 and 2002, expanding the BSE’s trading platform.

The National Stock Exchange of India Limited (NSE) is the leading stock exchange of India, located in Mumbai. The NSE was established in 1992 as the first dematerialized electronic exchange in the country.

NSE was the first exchange in the country to provide a modern, fully automated screen-based electronic trading system which offered easy trading facility to the investors spread across the length and breadth of the country. Vikram Limaye is Managing Director & Chief Executive Officer of NSE.

National Stock Exchange has a total market capitalization of more than US$2.27 trillion, making it the world’s 11th-largest stock exchange as of April 2018. NSE’s flagship index, the NIFTY 50, the 50 stock index is used extensively by investors in India and around the world as a barometer of the Indian capital markets.

Nifty 50 index was launched in 1996 by the NSE. However, Vaidyanathan (2016) estimates that only about 4% of the Indian economy / GDP is actually derived from the stock exchanges in India.

Unlike countries like the United States where nearly 70% of the GDP is derived from larger companies and the corporate sector, the corporate sector in India accounts for only 12-14% of the national GDP (as of October 2016). Of these only 7,800 companies are listed of which only 4000 trade on the stock exchanges at BSE and NSE. Hence, the stocks trading at the BSE and NSE account for only around 4% of the Indian economy, which derives most of its income related activity from the so-called unorganized sector and households.

Economic Times estimated that as of April 2018, 60 million (6 crore) retail investors had invested their savings in stocks in India, either through direct purchases of equities or through mutual funds.

Earlier, the Bimal Jalan Committee report estimated that barely 1.3% of India’s population invested in the stock market, as compared to 27% in USA and 10% in China.

Are you stepping into Stock Market?

I have the best solution for you!